Webpages on this website:
A webpage with a bunch of links.
Homepage
What do I think about politics?
Libertarianism
The webpage you are currently browsing.
Vegetarianism
Could the universe be a giant computer?
Digital Physics
Why I like languages.


More than 50% of crops and soy we produce is used to feed animals in factory farms. Meanwhile, there are millions of people starving to death around the world.

Animal agriculture is responsible for more than 50% of the deforestation.

Pigs are, by some measures, way smarter than dogs.

If you want to jump to the discussion about how vegetarianism could prevent pandemics, click here.

Vegetarianism means abstaining from eating meat. It usually applies to the meat of the birds and mammals, the animals most neuroscientists agree are capable of feeling pain. So, why do I adhere to vegetarianism?

UPDATE on 28/07/2018: I've just written a parody showing how anti-vegetarian propaganda sounds like to vegetarians (and to everybody else, I suppose).

UPDATE on 17/10/2019: I've posted a response video in which I try to debunk the anti-vegetarian claims made by Nina Teicholz, you can see it here. In case it doesn't work, try this.

UPDATE on 01/04/2020: I've posted a response video in which I try to debunk the anti-vegetarian claims made by Peer Ederer, you can see it here. If you can't open it, try this.

UPDATE on 17/05/2020: I've posted a response to a blogger called DietDoctor who advocates meat-based diets, you can see it here.

UPDATE on 29/06/2020: I've made a quick meme about how absurd it is to blame people who eat bats for not caring about their diet causing dangerous pandemics, when most of the these days people do the same: 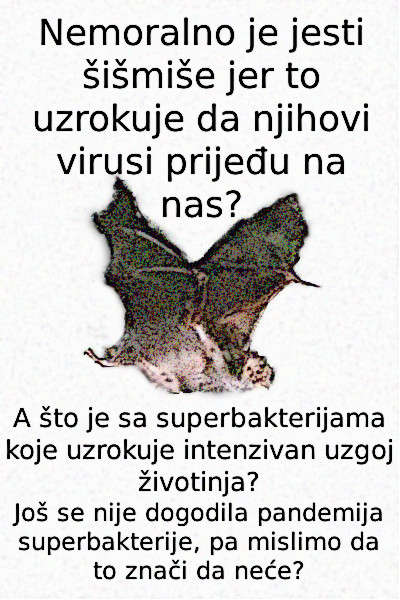 UPDATE on 27/12/2020: I've made a quick meme against the popular argument against vegetarianism "Most of the land can only feed us using animals.". 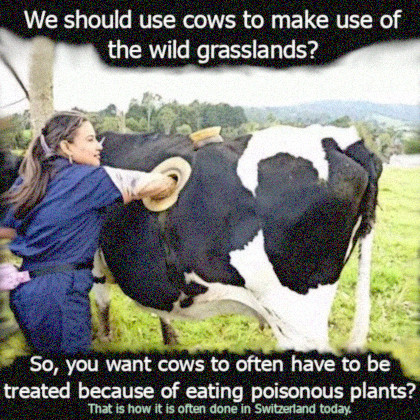